He was a Challenger alright 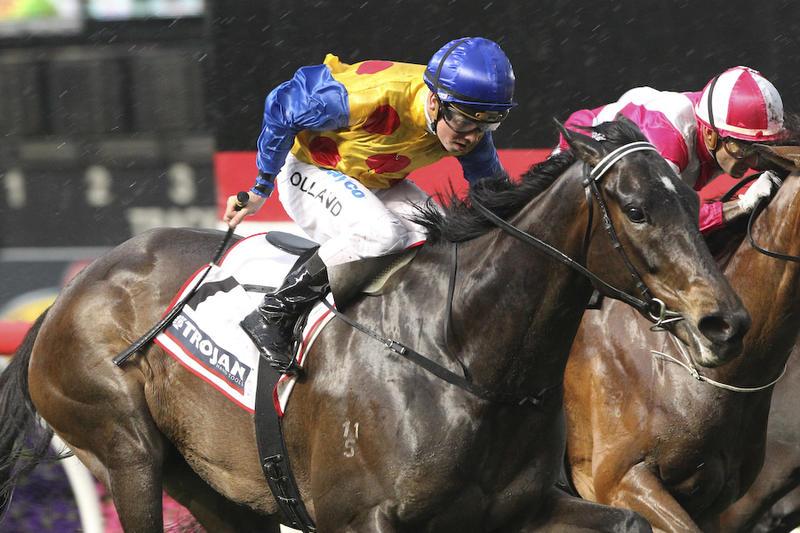 PUNTERS gave her no hope but Ocean Challenger's win in the Group III Trojan Hand Tools Stakes (1600m) at Moonee Valley came as no surprise to the mare's trainer Darren Magro.

Bookies offered $51 about Ocean Challenger beating a smart field, headed by Lady Lynette, who was shooting for her third straight win in the $150,000 event.

Ocean Challenger settled back in the field before making her winning run out wide from the 600 metres. The daughter of Rubiton proved too strong for Hi Belle and Lady Lynette in a keen finish.

"It's a massive thrill," Magro said. "I thought she could win. Simple.

"We have just had no luck with her and she needs to be ridden a little ugly, out wide and just grind away at them but she has been hemmed in and not been able to go when she has needed to go."

Both Holland and Magro paid tribute to Lyon after the mare's success. Holland said the mare travelled perfectly throughout the race with his confidence rising from the 600 metres.

"It's a massive thrill to have a ride on the day. To ride a winner on the day is unbelievable," Holland said.

"Our thoughts go out to him (Lyon). He is a good friend of mine as well. He broke his jaw yesterday in trackwork. Luck went my way but I feel sorry for him."